Miscarriage.
A word that carries so much pain.
A word that one in four women will hear in the first twenty weeks of pregnancy.
Twenty-five percent of women share that pain.

Miscarriage was something I had never thought would happen to me, I never once thought I would have to go through that painful experience.
Well, I was wrong.

On April 10th, 2019 I had a positive pregnancy test.
Of course, that one test was not enough for me, so I tested again on the 11th, 12th, 13th and 14th, all positive tests.
With those tests came joy and I began daydreaming of the future.
I did the same things I did with my first two pregnancies, I was picking out names, envisioning how perfect my little baby was going to be.
My boyfriend and I got excited, we told our children, we told our family and friends.
We were having another baby!

When I started spotting, I was scared, but Google said it was normal, the baby was implanting in my uterus.

A few days later when that spotting turned heavier, my heart dropped.
I knew what was happening, one of the things I never thought would happen to me was happening.
I took a shower and under that hot water, I cried.
I broke down.
I was scared.
I was heartbroken.

Then my dad drove me to the hospital.
Three tubes of blood taken, an ultrasound and two hours later, the doctor came in and began to explain to me how many women experience miscarriages in early pregnancy.
He asked if I was okay, I lied and said yes.
I was not about to cry in the hospital in front of the man who had just told me:
“I know why you’re bleeding, it’s because you’re not pregnant anymore.”
Instead, I went home, I laid in bed, cuddled my boyfriend.

The next morning when my oldest son came running into my room to say hi the baby in my belly, my heart broke even more and it took all I had to not cry right then. We had to explain to him that there was no baby in my stomach.
To which he replied, “That’s okay, there will be a baby someday!”
For the rest of that day, I don’t think I spent more than five minutes out of bed.
I felt as if I was on the verge of tears the entire day and I just wanted to be alone.

A few days have passed and even though I have gotten myself out of bed and back into the swing of things, I am still sad.
I still haven’t thrown out the pregnancy tests.
I haven’t deleted the pictures I took.
I may seem better, and even feel a bit better mentally, but that pain of losing a baby I never even got to see will forever remain with me.

This loss was not my fault and I truly believe that everything happens for a reason. 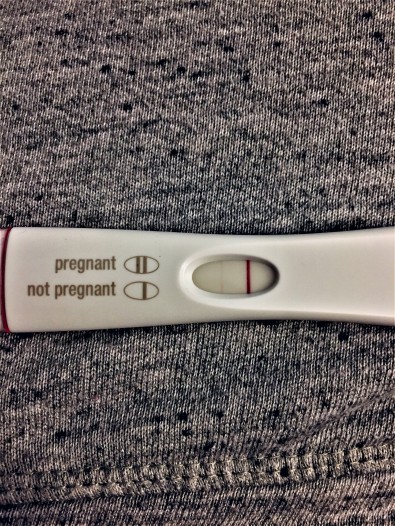 I am a twenty-eight-year-old mother of four. View all posts by Brooklynn Pendley

From the Trees to the Sky Book Trailer #1

From the Trees to the Sky Book Trailer #2